Success That Lasts – Episode 23: The Value of Resilience and Planning with Mark Hornibrook 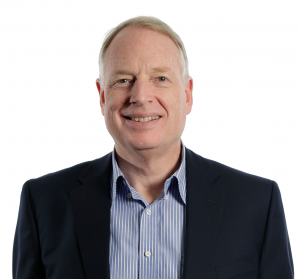 If your doctor said you had six months left to live, what would suddenly become crystal clear to you? What priorities in your life would change? Mark Hornibrook knows what that's like. After dealing with melanoma on and off since 1990, he was told in 2012 that he had a 3% chance of living. Luckily, with treatment, Mark has been able to successfully battle his Stage 4 cancer diagnosis, and he's still with us today.

As co-founder and CEO of Precoa, a preneed funeral planning and marketing company based in Portland, Mark knows the value of planning — both for families thinking about future funeral logistics as well as companies handling executive succession planning.

In this week’s episode of Success That Lasts, Mark joins host Jared Siegel to share what he learned from his battle with terminal cancer and discuss adversity, resilience, and funeral planning.

Tune in here, at delapcpa.com/podcast, or wherever you listen to podcasts:

Here are a few highlights from Jared's conversation with Mark Hornibrook:

Mark’s book: Fear Not, I Am With Thee: Our Journey with Metastatic Melanoma

What Issues Should I Consider Before I Update My Estate Plan?

What Issues Should I Consider If My Spouse Has Been Diagnosed With A Terminal Illness?

Success That Lasts – Episode 21: The Sum of Our Choices

Success That Lasts – Episode 19: Planning Opportunities in 2020 with Jeanne McMains

Success That Lasts – Episode 18: The Pillars of Estate Planning with Mike Hackard

Success That Lasts – Episode 17: Why We Need Mentorship with Greg Sherwood