This Summer We Lost Aldridge And Matthews, But Can You Blame Them for Leaving? 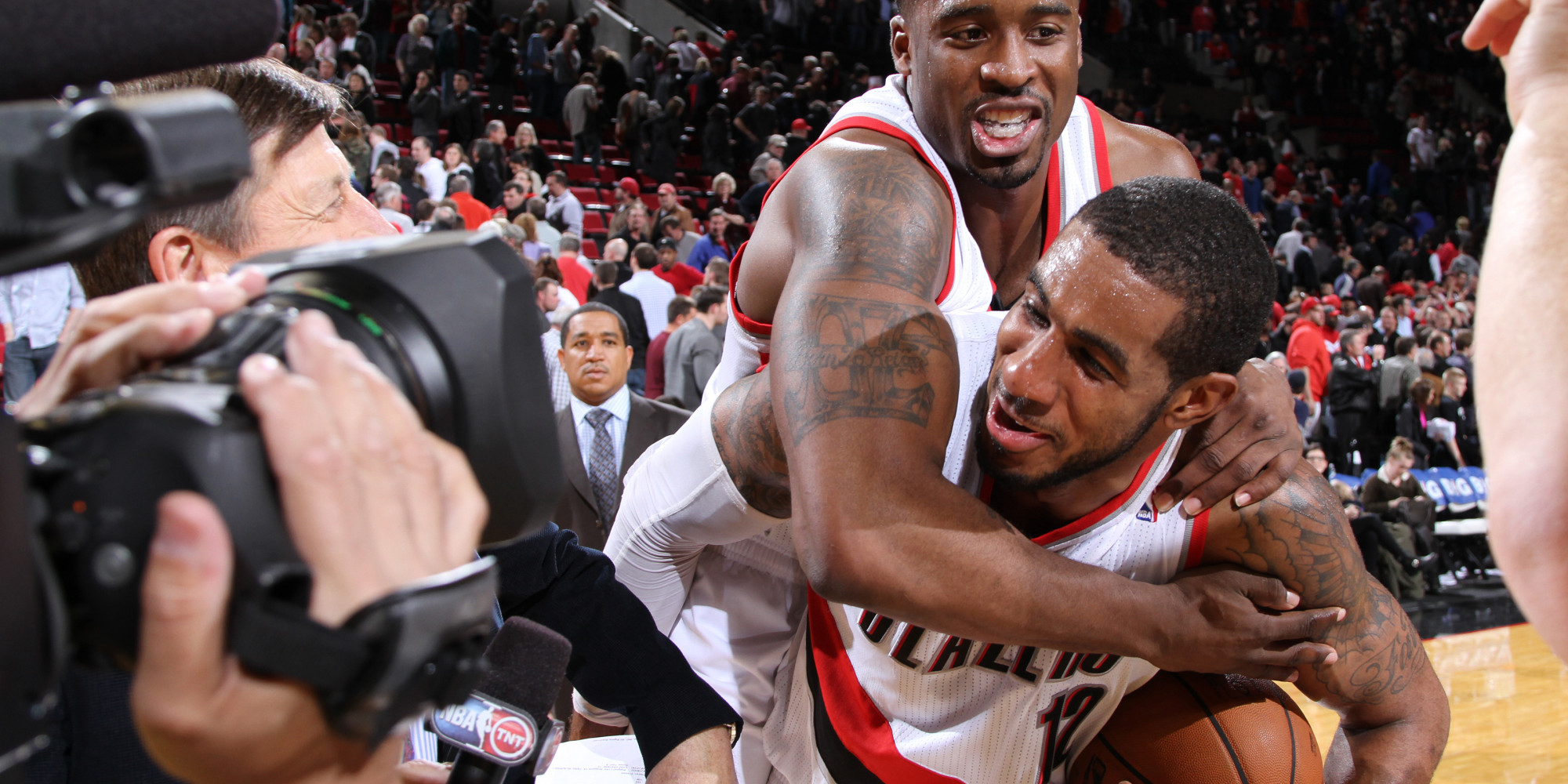 PORTLAND, OR - JANUARY 23: LaMarcus Aldridge #12 and Wesley Matthews #2 of the Portland Trail Blazers celebrate after the game against the Denver Nuggets on January 23, 2014 at the Moda Center Arena in Portland, Oregon. NOTE TO USER: User expressly acknowledges and agrees that, by downloading and or using this photograph, user is consenting to the terms and conditions of the Getty Images License Agreement. Mandatory Copyright Notice: Copyright 2014 NBAE (Photo by Sam Forencich/NBAE via Getty Images)

If you are like many of us here at Delap, we pretty much bleed black and red. We love our Blazers!

Having said that, seeing LaMarcus Aldridge in a San Antonio Spurs jersey and Wesley Matthews in a Dallas Mavericks uniform is like a punch to the gut.

Yes, it has not been the best off-season so far for our beloved Portland Trail Blazers.

Gone are four-fifths of the starting lineup that collectively won 105 combined regular-season games over the last two years. Only All-Star point guard Damian Lillard and his freshly signed 5-year, $120-million extension return from that group.

With all of those drastic changes, we thought it might be worthwhile to see how taxes impacted Aldridge's decision to sign with the Spurs and Matthews' choice to go with Dallas. After all, we are CPAs here.

No State Taxes in Texas

Being a professional athlete brings with it a whole host of complicated tax issues. Most notably, athletes – like all individuals – are subject to tax in every state in which they earn income (e.g. play an NBA game).
When we are talking about contracts as big as $21 million per year for four years (Aldridge) and more than $16 million per year for four years (Matthews), state tax liabilities can add up in a hurry.

Fortunately for the former Blazers, Texas is one of seven states that does not impose an income tax on individuals. So when every NBA team plays 41 home games during a regular season at a minimum half of the salaries for Aldridge and Matthews will be state-tax-free. (In reality, more than half will be state-tax-free based upon the "Duty Days" system, but we will keep it simple for the sake of this example.)

Aldridge spent his first nine seasons in the NBA with the Blazers. Going to Texas, however, will not be new for the 6-foot, 11-inch, 260-pound power forward, who hails from Dallas and attended the University of Texas.
Had Aldridge stayed in Portland, the 30-year-old likely would have signed a contract worth about $27 million per year, versus the $21 million he will make with the Spurs.

For simplicity's sake, we'll say Aldridge would have earned $13.5 million on home games in Oregon, where the highest state individual marginal tax rate is 9.9%. Therefore, Aldridge's Oregon state tax liability (not counting exclusions, deductions, and credits) would have come to a whopping $1.3 million.

While not as sought-after as Aldridge, Matthews still garnered some hefty attention from other NBA teams during the free agency period that started July 1.

The 6-5, 220-pound shooting guard quickly turned into a fan favorite during his four years in Portland for his "Ironman" nickname and hard-working, no-nonsense attitude. Oh yeah, he could play a little, too, with stout defense and a solid offensive repertoire, which helped him average more than 16 points per game over the last two seasons.

Alas, Matthews is now with Dallas, where the 28-year-old will make about $8 million on home games alone. His state income tax savings, then, comes to a cool $800,000.

Can You Blame Them?

Taking basketball out of the equation, it's tough to argue against the decisions made by both Aldridge and Matthews to play in Texas. They will, after all, save a lot of money on taxes, and really, who likes paying taxes?

Basketball-wise, though, it still hurts. Especially when Aldridge said last summer that he wanted to retire as the greatest Blazer ever. Now, sadly, he won't get that chance, and in addition to losing Aldridge, we'll have to find a new "Ironman" as well.